On the grand occasion of WP Translation Day #3, we wanted to translate WordPress to our native language, Bengali. Being Bangladeshi WordPress enthusiasts, our aim was to make WordPress ready for Bangladeshi people. Thus, we wanted to organize an event where people of the community can attend and contribute.

Our Digital Strategist, Afshana Diya submitted a proposal to the authority of the company. They were very happy with the proposal and allowed us to continue with the event. They also provided all resources so that we could host the translation event on 30th September 2017.

The event was a local meetup and aired live on the net. It dedicates to the translation of the WordPress ecosystem (core, themes, plugins). It was a great opportunity for the WordPress lovers in our local communities to learn more about the platform and also get involved in translating WordPress in Bengali.

Not only that, our very own Rounak Ahmed worked with the WordPress Marketing team and wrote a detailed blog post. In the post, she talked about the importance of translating WordPress and why should you get involved by contributing.

Our Contribution to WP Translation Day #3 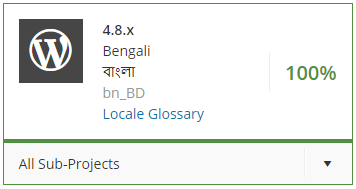 We organized the local meetup just for contributing to WordPress translation and invited people through Facebook Events. We aimed to complete the Bengali translation of WordPress 4.8.x. It was a 4-hour long event where almost 25+ people sat together and translated the CMS they love.

There were almost 300+ strings remaining that needed to be translated into Bengali. Surprisingly, most of them were very long and difficult to translate. However, we all did our best and with the help of the three locale managers of WP Translation project, Mayeenul Islam, Tareq Hasan, and Sekandar Badsha. We also had our CEO, M Asif Rahman & COO, Nizam Uddin present in this event.

Our contributors were the heart of the event as they were the ones who translated the strings. The locale managers reviewed each translation carefully and also improved them. With our dedication and hard work, we were able to reach 100% milestone. 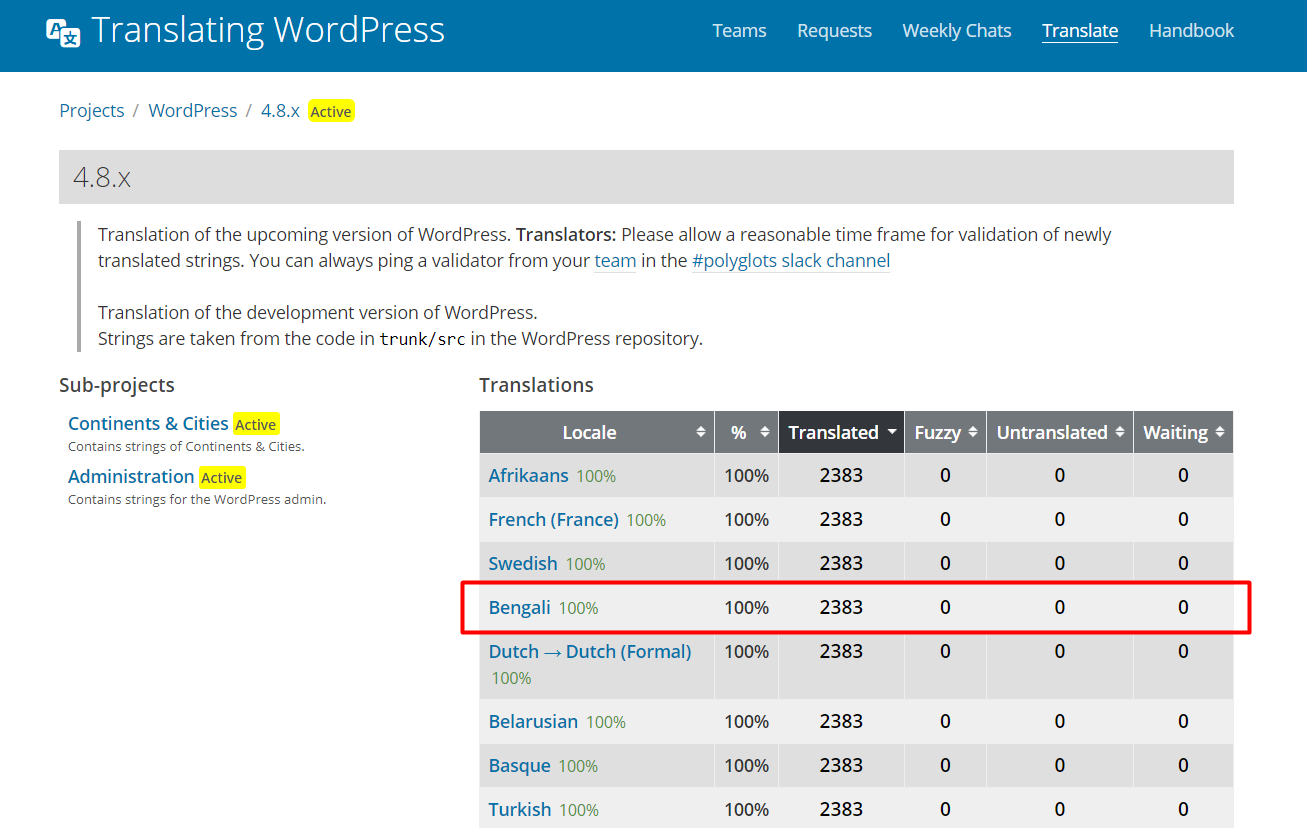 Apart from that, the locale managers took some helpful sessions including how to translate WordPress, how to contribute and also many tips while translating. Not to mention, there were snacks and unlimited coffee to boost the speed of their contributions.

Some impressive facts of WP Translation Day #3 from all over the globe!

WordPress is currently the No. 1 Content Management System (CMS). Undoubtedly, it is one of the most popular Open Source platforms. Contribution and collaboration have always been the heart of WordPress.

WordPress is growing rapidly over the past 13 years. It now powers 27% of all websites worldwide. One of the main reasons it became a global success is because it speaks more than 100 languages. Though its default language is English as it was founded and developed in the USA, for a CMS to grow globally, English is not enough.

“We need to translate all the things to make the internet accessible for everyone all over the world!” – Sonja

WordPress is run by its contributors who think, invent, develop, and promote as well. And they are also the ones who translate it. It's not just about developing and releasing your product on WordPress. Ensuring maximum utilization entails that your solution is translatable. It’s vital to translate both the WordPress core and the themes, plugins, and extensions that make it a whole.

Significance of Getting Involved

The team involved in translating WordPress and everything related to it is known as the Polyglots. When you engage with the Polyglots community you realize something unique. Translating the software along with a thousand others from different countries increases your knowledge about cultural borders, sensitivities, and boundaries. Not only you learn to understand these limits but also how to overcome them through language.

What’s more! As you interact in person with other members of the WP community through the local Polyglot meetups, it will make you go one step ahead and learn to respect these limits with body language also. You get to form meaningful connections that take WordPress goes beyond borders.

WordPress Locales and What They Do

In the language of WordPress, locales refer to a particular language spoken in a specific place. It can refer to a variation of the same language, for example, Syrian Arabic. But it also entails culture sensitive content, weights, measurements, geographical references. It also specifies things like symbols, images, icons, colours, sizes, and shapes. A locale also includes social codes like humor and etiquettes. It comprises date and time formats and phone numbers.

So it's not just about translating WordPress in the local language you know but also translating the plugins and themes that you develop. When you get involved in a locale you are not just translating the software but also applying all the cultural differences that are location dependent. This makes the WordPress software rich and viable for non-English speakers to use without barriers.

So, How Many Languages Does WordPress Currently Speak?

With the help of the Polyglots team, WordPress now speaks more than 100 languages and is growing. It has 162 locales but only 56 locales are fully translated, including dashboard, plugins, and themes.

The languages that WordPress is most consumed in are English, Japanese, German, Spanish, French, Russian, Italian, and Portuguese. This list is according to the downloads and how many people use these language packs in their active installs.

In 2014 international downloads surpassed English downloads for the first time. That means more people downloaded WordPress in other languages. WordPress 4.0 has made it easier for people around the globe to use this open source CMS.

Currently, there are more than 44000 plugins and 4000 themes in the WordPress repository, and all are free and customizable. Themes and plugins are crucial to the growth of WordPress because they extend the software by adding more features and capabilities to it. It is because of plugins, themes, and extensions that many people could grow successful blogs, websites, and businesses on WordPress.

If you have a theme, plugin or extension on WordPress now is the time to think about growing it beyond the English-speaking community and make it more accessible to everyone around the world.

Firstly, make your product translatable right when it's in the developing stage.

Secondly, join the Polyglots community. Start with the most important locales, for example, the most used languages on WordPress (like Spanish, German, Portuguese, etc). Engage your loyal customers and other native-speaking users of the WordPress community by inviting them.

Sustain a long term contact with users who translate your product so that they can continue translating your products.

WP Translation Day is over. But weDevs' Invites You.

Translating WordPress not just takes the software beyond borders, but also helps overcome language barriers for all those who contribute. The people who participate in translating WordPress come from all walks of life. This is because the greater goal is to learn, connect, overcome difficulties, go beyond WordPress, and share something meaningful with each other.

Following this legacy, weDevs invites you to translate its plugins and extensions. Give us a chance to know and connect with you better. We have our own GlotPress project. You can register easily and start translating.

How to translate weDevs products →