Supposing that you have an employee named “Maribel Considine” in your Support department. You have also assigned her role as a ‘Lead'. You can check out the leads of your departments by going to WP ERP → HRM → Department.

In the above screenshot, you can see the lead “Maribel Considine” and you can also see that there are four employees in the department. Now, how can you add the lead and the other four employees in a project of WP Project Manager?

If you select the New Project button then you will get the following screen which will allow you to select departments of the HRM module of WP ERP. 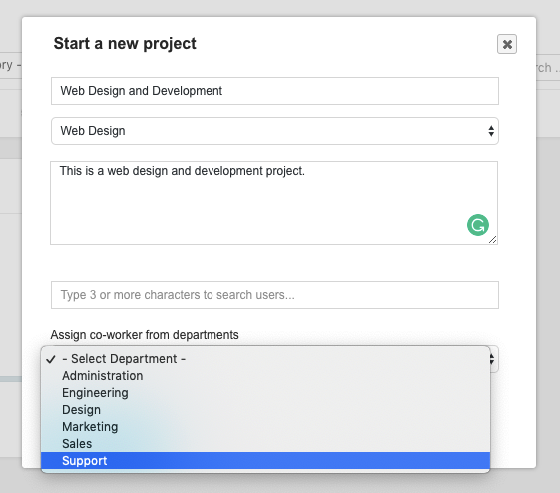 As we have to add Ms. Maribel Considine and her four subordinate employees to the project, we need to select the Support department. Next, click on the “Add New Project” button.

After that, you will see that the lead Maribel Considine along with her four employees has been added to the project. 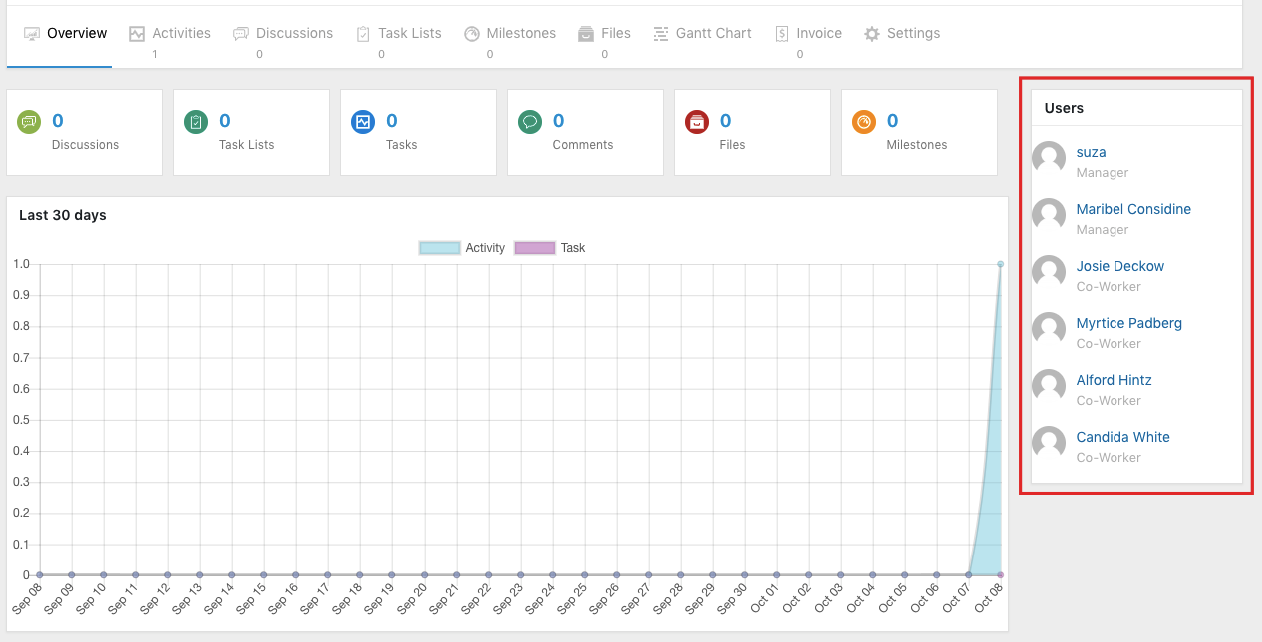 How can we help?

Updated on November 22, 2022
Was this article helpful to you?
← How to mark a project as My Favourite